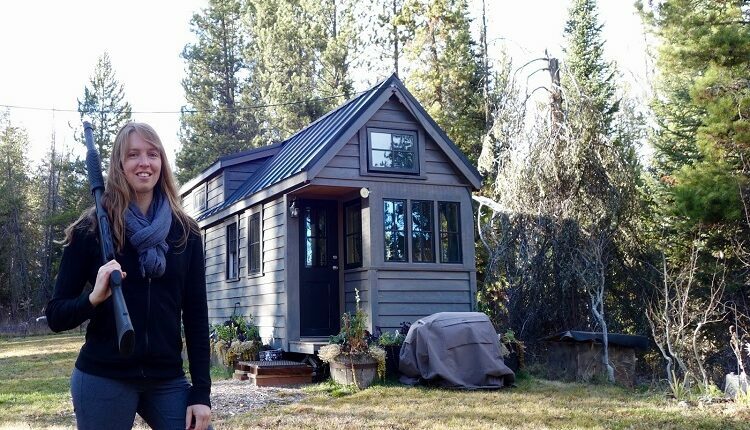 At first glance, the terms “technology” and “low-impact lifestyle” don’t seem to be words that fit together. After all, don’t most people who are seeking to lessen their environmental footprint want to simplify their lives, reducing their reliance on screens, gadgets and devices? Don’t you want a lifestyle that relies less on the grid and more on natural solutions?

It’s easy to look with skepticism at a world of quickly discarded cellphone batteries and gigantic wall-sized TVs and think of technology as anything but a hindrance to low-impact living.

Christmas Flags for Your Home Add Cheer and Joy

Fortunately, though, others who share a common interest in reducing human impact on the environment around them are putting their technological skills to good use. They are designing products that, in ways that are both practical and ingenious, allow impact-conscious consumers to reduce their reliance on traditional technologies, fuels, power sources and even foods. This is opening the door to a future in which human beings will leave a smaller footprint on the environment.

This is bigger than electric cars although some recent advances in both capacity and speed have been tremendous. As you will see, there are many advances on the horizon that will result in smaller, subtler and perhaps better ways to reduce your environmental footprint. Here are a few current and future examples.

News stories have breathlessly proclaimed watches, music players and other products that are powered by the motion of the human body as the “next big thing” for some time now. To be truthful, though, many of these stories seemed to have jumped the gun a bit. Quite of number of the resulting products were slow, clunky or simply didn’t provide enough battery life to be viable alternatives.

Recent improvements in energy transfer and storage efficiency, though, mean that soon these products could represent a real option for reducing reliance on products powered by traditional or lithium-ion batteries. The only question will be that of impetus. Will the public see the need? Will low-impact early adopters, such as yourself, perhaps spread the word and encourage their skeptical friends to give these products a try? Only time will tell.

From the world of the truly futuristic and bizarre comes the news that scientists have developed a plastic-like substance that can easily be dissolved in a small amount of water with little to no environmental residue. While the thought of lugging around plastic grocery sacks that could dissolve in the rain might not appeal to you, the reality is that this discovery could have enormous implications for plastic waste, which is often dumped in waterways and carried to the oceans where entire “continents” of garbage await.

Other advances in disposable plastics include several versions of biodegradable plastics, which have a structure that is easily broken down by natural processes. While still not ideal, these plastics are infinitely preferable to current petroleum plastics, which stay in the environment for a minimum of 100 years!

While reducing or nearly eliminating plastic waste is an exciting prospect, there are not yet large numbers of products made from these materials and may not be for quite some time. However, a few magazine companies have begun wrapping new issues in water-dis-solvable plastic with the hope that its use will expand to many more products in the future. Do your best to support companies that invest their time and resources into using dis-solvable plastics in their products.

It’s not easy to eat responsibly these days. While labels such as “organic,” “fair-trade” and “free-range” help to ensure that you’re eating food that is raised responsibly, ethically and free of harmful chemicals, it’s still troubling to know that every steak, fish filet, carrot, or head of lettuce you consume contributes to a variety of environmental problems and, ultimately, to a future food shortage. While this may not keep the average, low-impact consumer up at night, it does leave you wondering whether more sustainable, renewable options exist.

Fortunately, recent discoveries are changing the way we think about food, especially what humans think of as food. For example, a recent bit of research on cellulose reveals that scientists have developed a way to alter its cellular structure so that humans can consume it.

Cellulose is a widely available resource in nature, present in many inedible plants and wood from trees. If it can be converted into a form acceptable for food production, it might be an easily sustainable, low-impact source of food for years to come.

Similar experiments are currently underway that involve the harvesting of algae or other ocean products for human consumption. While eating algae and cellulose might not sound appetizing now, in the future, they might become low-impact, high-nutrition staples of everyone’s diet. After all, your ancestors crafted culinary delights from any number of roots, plants and animals.

It’s easy to see that technology does not have to be the enemy in the march toward low-impact living in the future. In fact, current developments in technology are pushing the future of low-impact living to exciting frontiers. Embracing these new technologies and their very radical, yet practical, impact on your ability to live an environmentally conscious life is key to a better future.

Christmas Flags for Your Home Add Cheer and Joy

Home Repairs within budget to make the House Sell